What if I am the narcissist?

The Narcissist – The Insidious Vampire 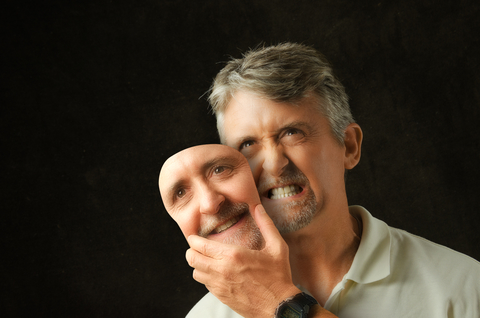 The narcissist is an energy thief – he or she sucks your energy by forcing you – indirectly – into emotional reactions that drain you and nourish him.

He/she’s a vampire – and if ever there was a creature that could be said to have inspired the myth of the vampires, it’s the narcissist.

She/he starts by charming you. She/he looks at you in a way that no one else has ever looked at you, praises you and reassures you with compliments. Tells you – before he/she really knows you and knows who you are, that you are something special – and she/he can see it because you are “two of a kind”.

There is probably no one who has fully understood you in this way before in your life – and who can and will appreciate your special qualities. Or at least you feel this.

He/she talks about what you deserve – recognition, medals and success, so you become completely dizzy and think that with the support you can get from him or her, the possibilities are endless and your potential can finally unfold under his/her loving support.

You feel like giving back and soon you find yourself in a dance with a human in a gold-rimmed bubble, where the music always plays and the sky is always blue.

Just as slowly, without you actually noticing it, the rules start to change.

He/she starts criticizing you. Shehe says the way you show your love is not the way (s)he needs it. She/he says you don’t think. That you are irresponsible and inattentive.
He/she gets too angry about small things and you feel like he/she is punishing you.

You make excuses for him or her. She/he’s stressed. Under pressure. Having a hard time at work. With the ex-wife/ex-husband. With the kids. He/she would be nicer if he/she had the mental energy. You’ve seen it! You just have to get through this tiring period, and everything will be fine again.

It just doesn’t happen. Yes, if you are considering leaving. He/she can smell it. Feel it. You want to escape from his/her clutches. Then the record about how special you are is put on again and like a vampire who hypnotizes her/his prey, she/he hypnotizes you to stay.

If your friends and family point out that something is wrong, that you have changed, don’t seem independent anymore, that he/she doesn’t tolerate criticism or becomes disproportionately angry about small things, then the narcissist tells you, when you’re alone, that it is only to be expected. They don’t understand you. They never have. You know, because you and the narcissist have something very special together. And they are definitely envious too. Besides not understanding how amazing you are, they are envious. Just imagine.

And like any other predator, he or she has now isolated the prey – you.

You are at his/her mercy. You no longer believe in yourself, but rather in him/her. What he/she says is true and you’re imagining things. You’re not as smart as her/him. You can’t do without her/him. He/she says so – and he/she is smartest. He/she says that as well.

You are invisible, insignificant, insecure, incoherent and unhappy. You are in the clutches of a narcissist…